Once upon a time in Mexico

After a 23-year absence, the Mexican Grand Prix returns to the Formula 1 calendar.

It’s a storied event in grand prix racing’s history – the first race took place way back in 1963, before falling off the calendar after the 1970 edition. It was resurrected in 1986, but, after seven races, fell off the calendar once again.

McLaren has enjoyed its fair share of pleasure and pain at the Autodromo Hermanos Rodriguez. Ahead of the race’s 2015 return, we bring you the lowdown on our Mexican Grand Prix legacy: 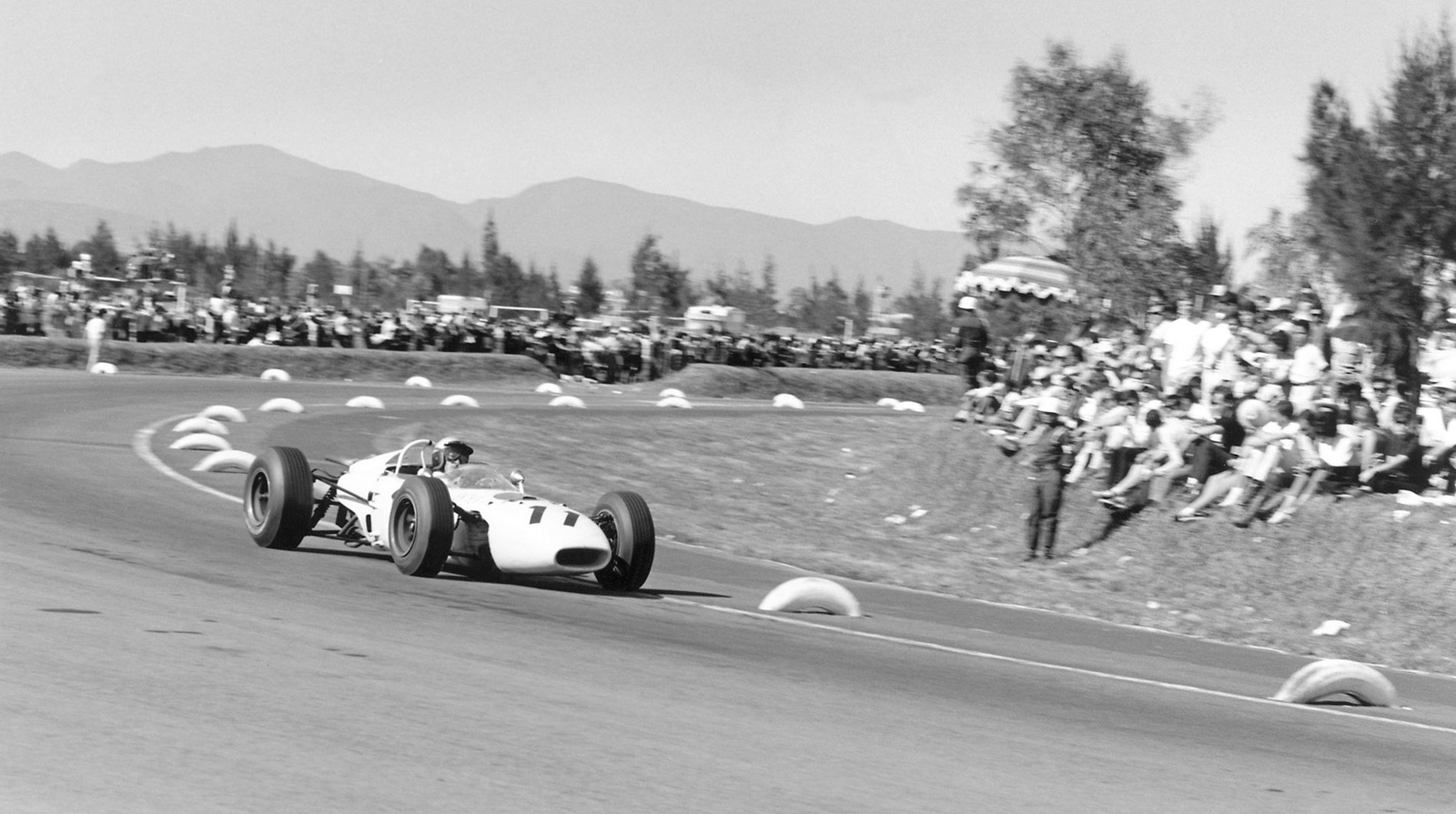 Not strictly a Mexican McLaren Moment (‘MMM’), but one that’s certainly worth noting, given our partnership with Honda. The 1965 edition of the race was memorable for marking the first-ever Formula 1 win for the Japanese manufacturer. American Richie Ginther took the spoils – his only grand prix win – driving the beautiful Honda RA272. 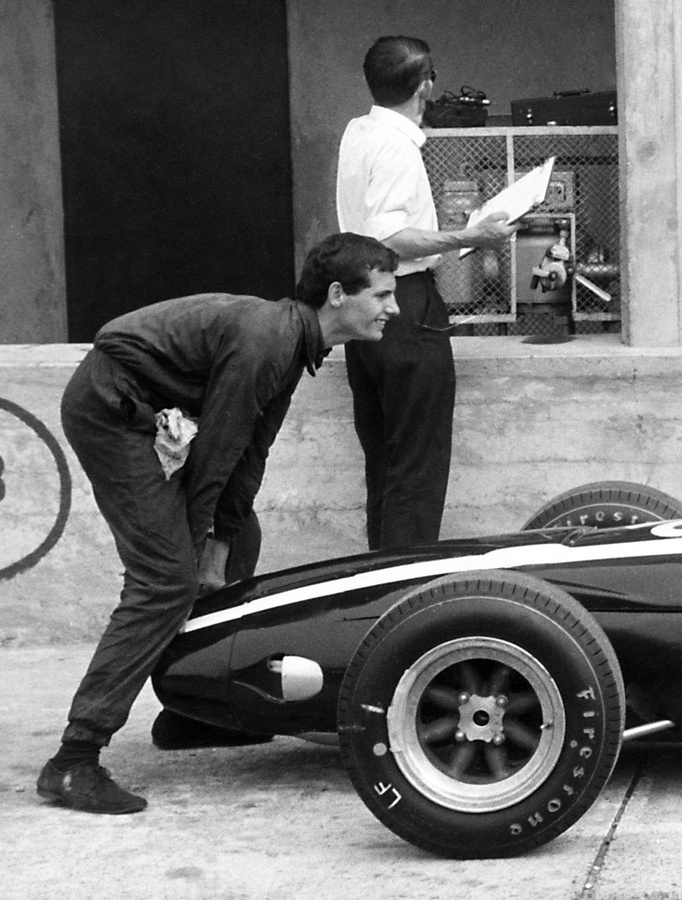 Entry number two in our Mexican hit parade doesn’t really qualify for MMM status either, although you’ll see why it warranted inclusion. The 1966 race saw the Cooper team enter a fourth car for local boy Moises Solana. The Mexican’s race was short-lived (he retired with overheating after nine laps), but was memorable for the debut of the driver’s mechanic – a 19-year-old, on his very first trip overseas. His name? Ron Dennis. 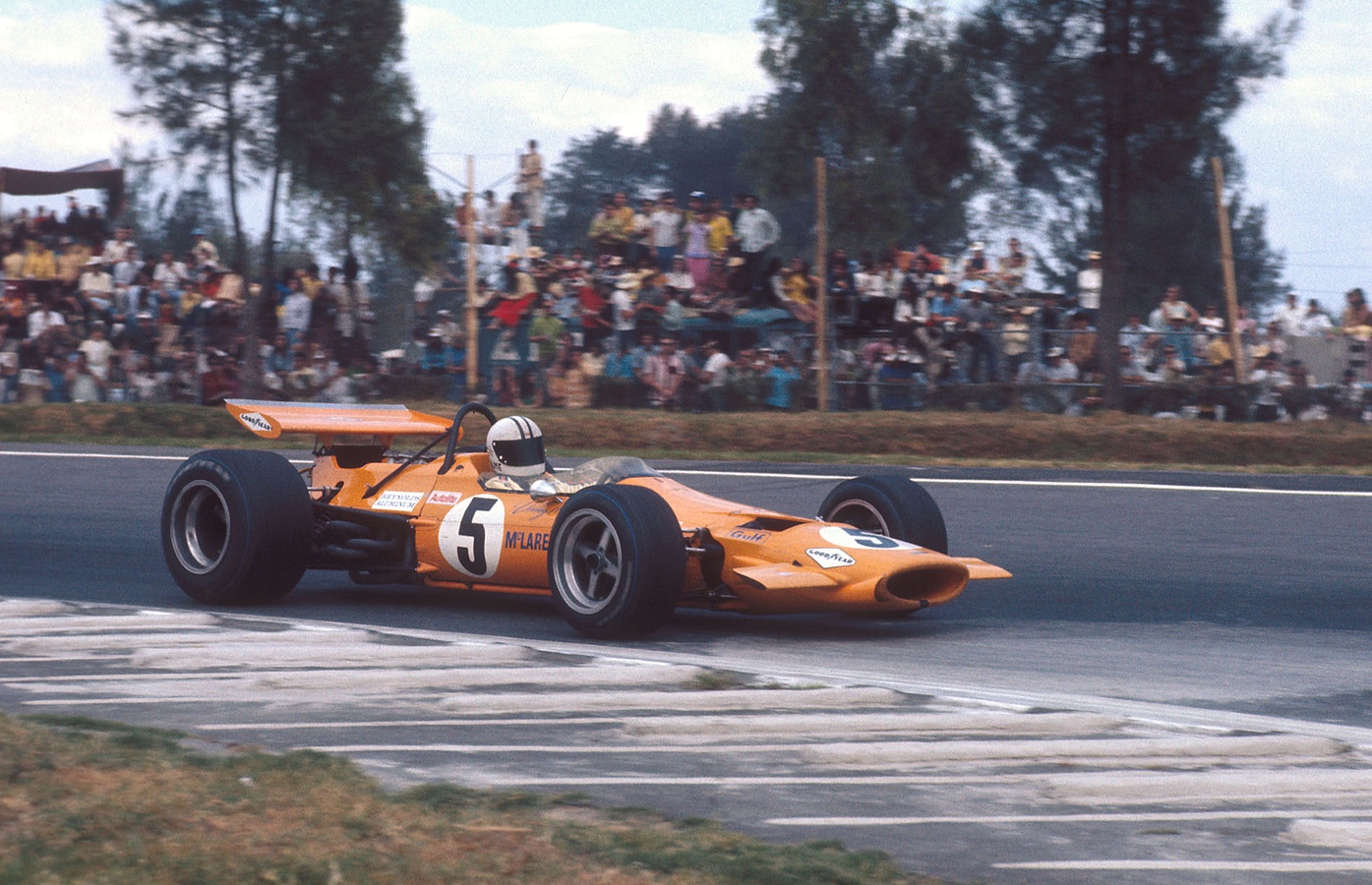 The seventh Mexican Grand Prix finally saw a truly triumphant MMM: Kiwi Denny Hulme took the third of his six grand prix victories for McLaren, and the final win for the beautiful, iconic McLaren-Ford M7A. Hulme started fourth but made an early charge to pass Jackie Stewart, Jacky Ickx and Jack Brabham to take a lead he never relinquished.

1970 A race dogged by incident

The crowds flocked to the track on race day, overwhelming the spectator enclosures and sitting on the edge of the track. Despite worried calls from the driver to push the crowds back, the race started. World champion Jackie Stewart retired his Tyrrell after hitting a stray dog, and Jacky Ickx led home a Ferrari 1-2. The MMM? Hulme, once again, sneaked into third in his M14A. This was the last Mexican Grand Prix for 16 years. 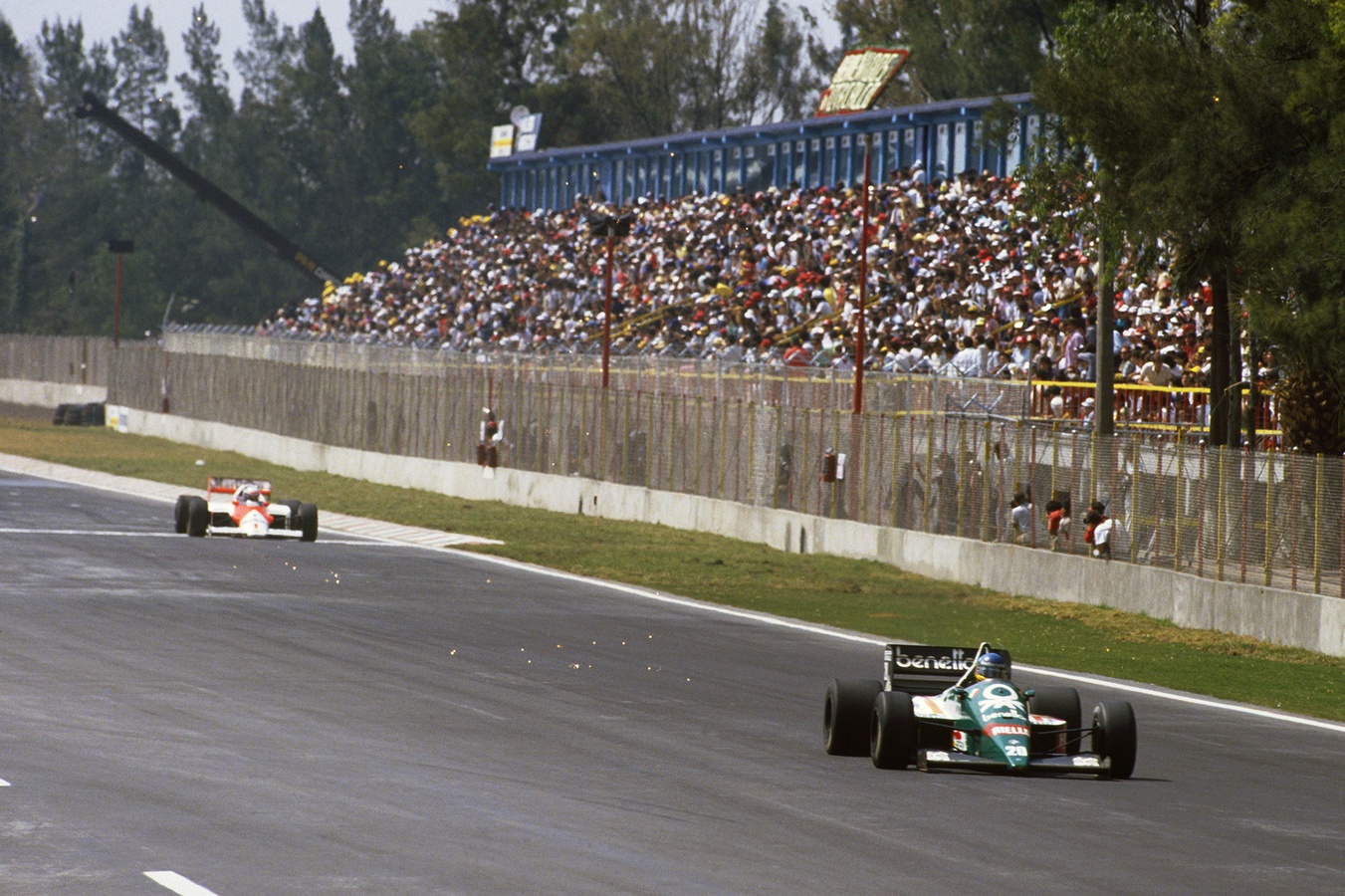 Upon the race’s return to the calendar, future McLaren driver Gerhard Berger won his first grand prix – one-stopping on his rock-hard Pirellis while everyone else struggled. One significant exception was McLaren’s Alain Prost, who uncomplainingly nursed his MP4/2C home on five cylinders to finish second. With points leader Nigel Mansell suffering a disastrous race, Prost’s tactical acuity was a critical step towards securing his second world title one race later, in Australia. 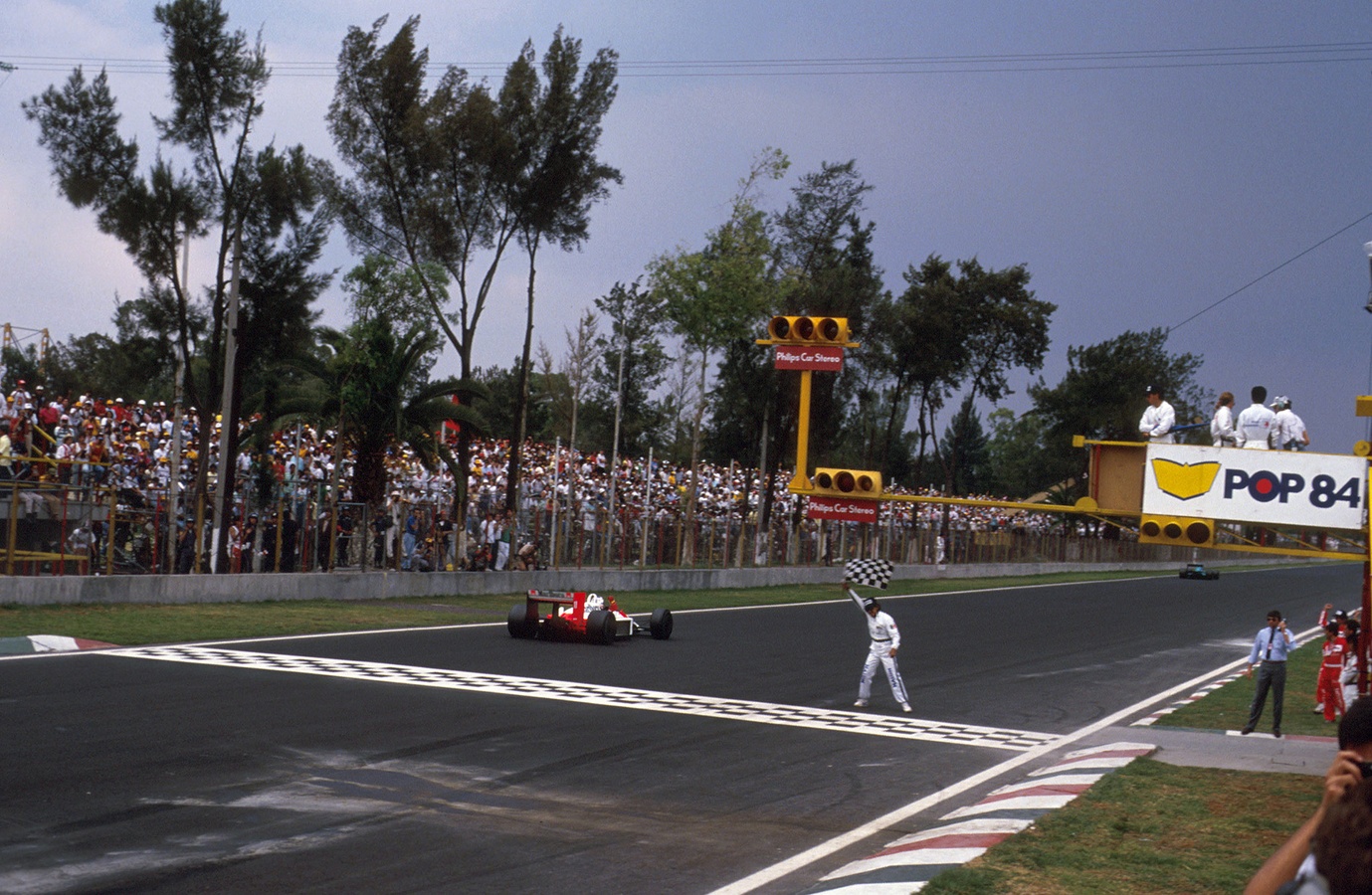 One of those Alain Prost performances that most people conveniently forget about when they heap praise on Ayrton Senna. There was nothing particularly remarkable about this win – Alain usurped polesitter Ayrton at the start and led every lap. Off the back of his defeat of Senna at the previous race in Monaco, this was Prost rubbing it in…

Swings and roundabouts. If the 1988 race went all Prost’s way, the 1989 edition was all about Ayrton Senna. The Brazilian took pole and led every lap, while Prost struggled home in fifth. Looking back at the entry list for that race is a real sign of the times: 39 drivers in 20 teams contested the event; four cars failed to qualify, and a further nine failed to even pre-qualify. 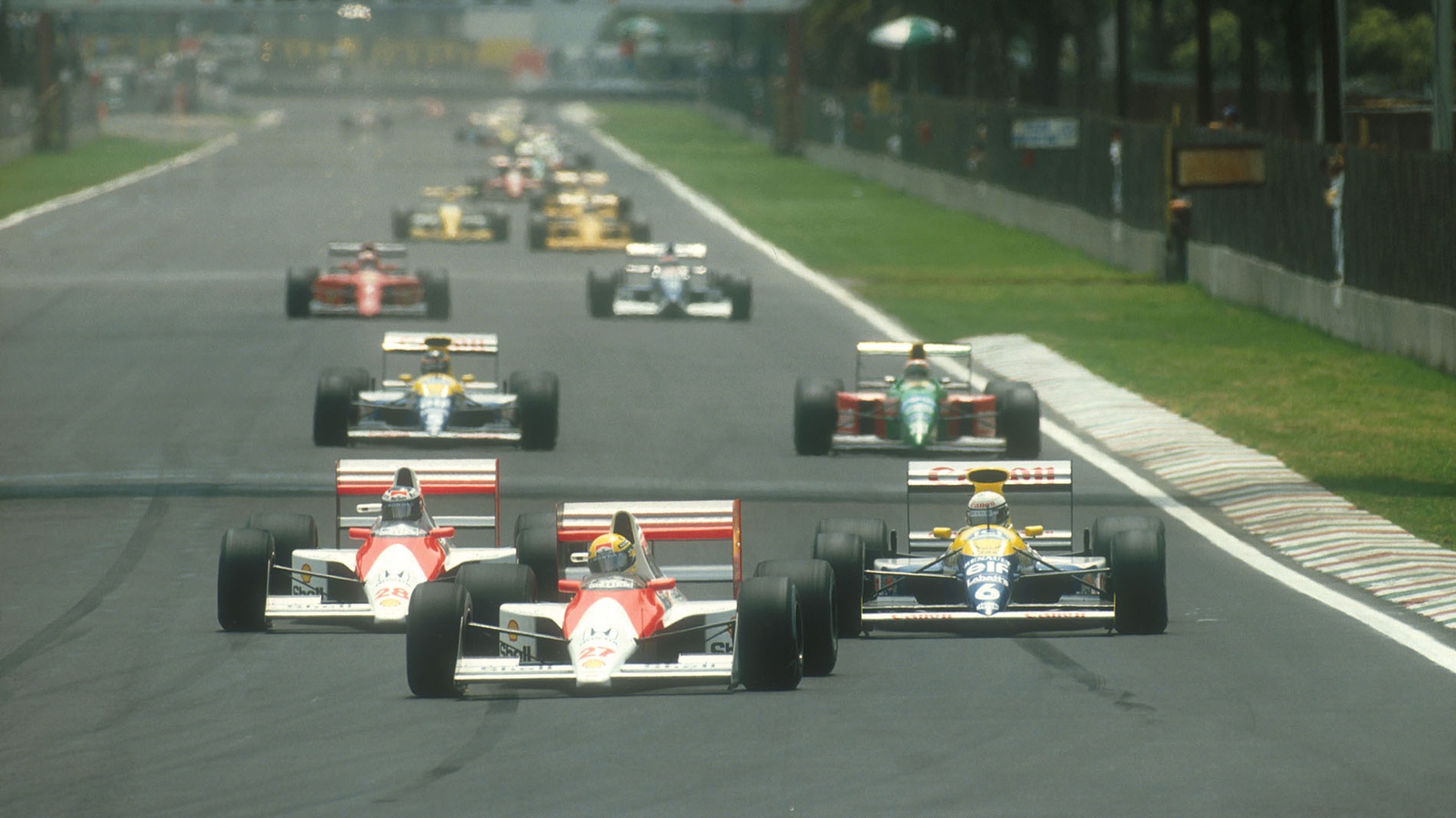 Alain Prost’s sensational drive to victory – after starting 13th – may have made the headlines, but it was Nigel Mansell’s ballsy pass of Gerhard Berger’s McLaren around the outside of the fearsome Peraltada corner to earn second position on the penultimate lap that became legendary. The race was miserable for McLaren’s Ayrton Senna – he led for 60 of the 69 laps until being delayed by a slow puncture.

Mansell’s move was perhaps the most iconic moment in the race’s history – will we see history re-written in Mexico this weekend?