First held in 1999, the Malaysian Grand Prix is firmly in the vanguard of modern F1, with a circuit built expressly for the purposes of hosting the race, bringing it to a market not previously exposed to elite-level motorsport. It set the template for the many races that have debuted since.

The Sepang International Circuit provides a race of extremes: extreme heat, extreme humidity and, thanks to the long pit- and back-straights, extreme speed – but a lap of Sepang is a more complicated proposition than a simple, low-downforce drag race. While sectors one and three are dominated by the straights, the middle part of the lap features high-speed changes of direction, requiring more downforce. The circuit helps a little in this regard, with shallow kerbs that allow the car to be run lower than in Melbourne.

The dominant characteristic of the track, however, is tyre performance, with the heat and abrasive tarmac causing excessive wear. Traditionally, this is a race for the hardest tyre compounds – but even with the most durable rubber a three-stop race has been the norm in recent years.

McLaren have two victories at Sepang, both of which were very special: in 2003 at this circuit Kimi Räikkönen took his maiden F1 win, while in 2007 Fernando won his first race for the team. Fernando has won the race three times, each with a different team, while Jenson won here on his way to the World Championship in 2009. Jenson’s win had the distinction of being a race in which half-points were awarded: torrential rain forcing abandonment before three-quarters distance had been reached. 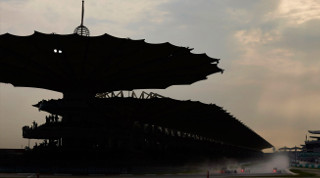