Everybody has their own views on what constitutes the best racing circuit in the world – but very few would leave Suzuka out of their top three. Few circuits can match it for elegance, excitement or the passion exhibited by the many thousands of fans who show up early and stay late.

Designed as a test track for Honda in the 1960s, modern Suzuka is a fast and flowing classic at which every corner represents a different sort of challenge. It’s a power circuit but also contains intricate low and medium-speed sections; it features wide, sweeping turns but a racing line that threads the eye of a needle.

McLaren’s special relationship with the Japanese Grand Prix comes not only from the historic and current relationship with Honda but also from the shared history of so many season finales. At Fuji, James Hunt won the 1976 Drivers’ World Championship at the inaugural Japanese Grand Prix, while the dramatic showdowns between Ayrton Senna and Alain Prost at Suzuka are legendary. A decade later Miki Häkkinen twice won world titles at the famous figure-eight circuit. McLaren have the best record of any team in Japan, with nine victories, the first of which came in 1977 for Hunt at Fuji, and the rest at Suzuka. Jenson is responsible for the latest of those, winning in 2011, while Fernando is a winner both at Suzuka and Fuji. 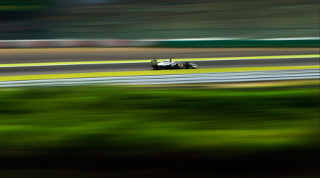