Regardless of mathematical split, coming to Spa-Francorchamps after the summer break feels like the true start to the second half of the season. It is a wonderful venue for racing, beloved of drivers and fans alike, overflowing with history but perfectly tailored to create a great spectacle of modern racing. It is a special place.

At 7.004km, Spa-Francorchamps is easily the longest circuit on the contemporary F1 calendar – but distance isn’t the sole arbiter of what makes Spa such a very interesting place. The undulating Ardennes provide some real changes of elevation with cars climbing from La Source to Les Combes and then winding back down to the start of the lap. Allied to the Ardennes’ natural affinity for rain showers, it’s not uncommon to have dissimilar weather at the top and bottom of the circuit.

Spa is a high-speed circuit but in recent years set-up has diverged between those wishing to maximise speed for the first and third sectors, and those wishing to carry more wing to cope in the twisting middle section of the track, featuring the Rivage hairpin, the chicane at Fagnes and the fearsomely fast double-left hander at Pouhon. While the latter lacks the fame of the Blanchimont and Eau Rouge turns, in the modern era it has become Spa’s most challenging corner.

Spa was the venue for Bruce McLaren’s fourth and final victory – and his only F1 victory for his own team. A further 13 Belgian Grand Prix victories have followed for McLaren, with Emerson Fittipaldi winning at Nivelles in 1974, John Watson at Zolder in 1982 and the rest coming at Spa, most recently a stupendous performance from Jenson Button who dominated from lights to flag from what was, to the start of the 2015 season, his solitary pole position for the team. 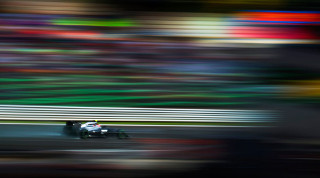