Coming a week after the Chinese Grand Prix, Bahrain presents a very different proposition. The Bahrain International Circuit at Sakhir is genuinely a race in the desert with all that such a climate entails. The heat is not quite so fierce since organisers shifted the start time to hold the race in the evening, but sand and dust being sucked into engines remains a major headache for engineers, with inspection teams working flat-out between the sessions to check wear and tear to engine internals.

The real challenges for the Bahrain Grand Prix, however, come from the circuit itself. Abrasive Tarmac and a sinuous layout have traditionally caused this to be a race of high tyre wear and degradation, while four long straights, all of which lead into low-speed corners, make for the season’s first serious test of brakes. Those same low-speed corners also make the Bahrain Grand Prix a race in which good traction is essential.

Bahrain has been a bogey race for McLaren, with the team yet to win at Sakhir. The record is rather better for our drivers, however, with Jenson winning in 2009 and Fernando taking victories in 2005, 2006 and 2010. 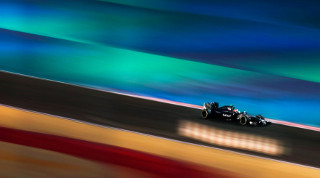