"We learnt something useful today"

Today was another disappointing race for McLaren.

From eighth on the grid, Jenson had a difficult first lap, scrabbling for grip and dropping to 13th. That setback was to dictate the rest of his afternoon, as he spent most of the race on the fringes of the top 10. A delayed second pitstop, during which he was held in the box owing to traffic, meant that he couldn’t use strategy to his advantage, and he eventually finished 11th.

After yesterday’s qualifying problem, Kevin started an unrepresentative 14th, but made a strong start, and battled alongside Jenson for much of the first lap before running wide at Turn 13. He then tapped Sebastian Vettel as the pair entered Turn 14, which dropped him to 15th. Like Jenson, though, he went on to drive a hard, committed race, closing the gap to his team-mate throughout the final stint to finish 12th.

At the chequered flag, the pair was separated by just 0.657s – a strong indication that each got the maximum from his car this afternoon.

"The start and the first lap cost me a lot of time, and my second pit-stop compromised my strategy.

"During the first two stints, it felt like we were making progress, because we were faster than the cars in front. But we gambled on taking the second stop early, thinking we could jump one of the Force Indias, but Daniil’s [Kvyat] Toro Rosso followed me in, and caused my release to be delayed by a few seconds while he came past me in the pit-lane.

"Then I came out of the pits just in front of Lewis [Hamilton], who was lapping me. He was running old tyres, while I was on fresh rubber; I had to let him past, but it delayed me a bit more.

"Nonetheless, I think we learnt something useful today. I’ll be staying on here for next week’s test, so hopefully we can learn a bit more again and make further progress. The test should be useful – not necessarily for Monaco, but for two or three races down the road.

"The midfield is extremely close, so even small improvements will make a difference."

"I made a good start, and was having a really good first lap. Then, into Turn 13, I went side by side with Jenson and went wide onto the marbles. As I came back onto the circuit, Sebastian [Vettel] hadn’t seen me, and our cars briefly touched. Luckily, there was no damage to either of our cars, so we could both carry on without problem.

"I knew it would be difficult to go forward from 14th on the grid – the midfield is very tight, so making progress is extremely tough. Moreover, today there was little to choose between the Option and the Prime, which meant we couldn’t use a different strategy from the others’ in an effort to make up places.

"If we’d started where we should have [ie, without the qualifying problem], I think we could have scored some good points today. As it was, there wasn’t much we could have done out there other than what we did." 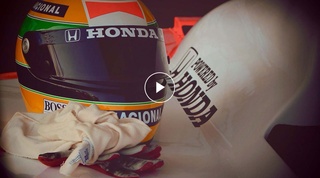 "Yesterday, our qualifying form showed that we’d taken a small step forwards in terms of performance, although that increment was somewhat disguised by the power-unit issue that prevented Kevin from setting a time in Q2.

"Today, we were unable to translate that small step into points-scoring form, largely as a result of the fact that Jenson lost a few places on lap one and Kevin had started from P14 through no fault of his own.

"Their lap-one scrap was combative but clean, and after that they both drove very well in difficult circumstances, Kevin eventually crossing the line in Jenson’s wheel-tracks, less than a second behind, after an excellent and spirited drive.

"Next week Jenson and Stoffel [Vandoorne] will conduct a two-day test for us here in Barcelona, during which we hope to build on the small step we’ve taken recently.

"We know our journey to full competitiveness won’t be a short one, but it’s already clear that the trend is in the right direction." 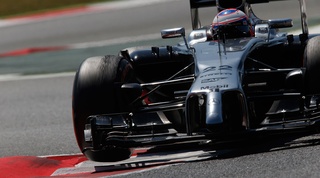 Inside the F1 paddock