Round five of the 2014 Championship sees Formula One return to Europe and the Circuit de Catalunya – a track that has a genuine claim to being the modern home of Formula One.

On the outskirts of beautiful Barcelona, the circuit, perched high in the hills to the north of the city, has been a permanent fixture in F1 since 1991 as well as a perennial venue for testing. The track is famed for offering a broad examination of the machinery with its mixture of medium and high-speed corners, a low-speed complex and a long main straight. Usually hosting the Spanish Grand Prix after a series of flyaways, it has a reputation for being the first ‘normal’ race of the season – and as such is regards as a bellwether for the rest of the year. Cars that perform well in Barcelona are usually in the running for titles six months later. 16 times in 23 events the winning car at the Circuit de Catalunya has been from the team that goes on to win the Constructors’ title.

McLaren and Mika Häkkinen had a memorable hat-trick of victories at the Circuit de Catalunya around the turn of the century but for many the defining image of this famous circuit harks back to its first grand prix and the sparks that flew between Nigel Mansell and Ayrton Senna as the two went head-to-head and wheel to unyielding wheel. Great stuff… 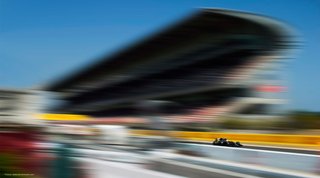