It’s often referred to as the jewel in Formula One’s crown but the Monaco Grand Prix is much more vibrant and accessible than a mere bauble could hope to be. It’s simply the best race in the world: the loudest, most thrilling spectacle motorsport has to offer – and is so thoroughly drenched in the history of F1 that for many people Monaco simply is Formula One.

The race features in the first World Championship calendar and has been a permanent fixture since 1955. Part of the allure of the modern race is a is very little changed since those times. By modern standards the race is slow – certainly it has the lowest average speed of any current grand prix – but that belies the tight turns, the unforgiving walls and the slippery Monegasque surface. To the crowd that hem the track in, closer than at any other venue, the race appears shockingly fast – and it’s not just the crowd that say so, which is why drivers love racing in Monte Carlo.

It’s also been the happiest of happy hunting grounds for McLaren with 15 victories, including Ayrton Senna’s memorable five in row between 1989 and 1983. 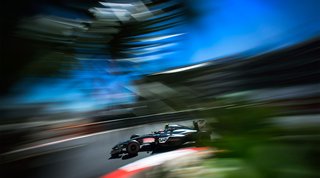