The legendary Suzuka circuit has written itself in Formula One history over the last quarter-century as the venue at which champions are crowned. Originally conceived as a test track for Honda by circuit designer John Hugenholtz, Suzuka entirely deserves its status as the circuit beloved of drivers and spectators alike.

The sinuous 5.8km figure-eight layout brings out the best in Formula One: it demands strong engines, rapid changes of direction and pinpoint driver accuracy with an explicit risk/reward criteria. Degner, the high-speed 130R and the spectator-friendly Esses, are all firmly rooted in F1 folklore, while the slower Hairpin, Spoon and Chicane are where laps are made or ruined.

McLaren is inextricably tied to the history of Suzuka with seven wins, ranging from the epic battles between Ayrton Senna and Alain Prost, through to Mika Häkkinen ’s two title-deciding victories. Since then it’s been the venue of Kimi Räikkönen’s phenomenal charge from 17th to last-lap victory in the MP4-20, and Jenson Button’s spectacular win in 2011. 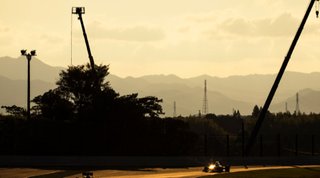