Taking grand prix racing to one of the world’s great cities was an eye-opening experience when the calendar first touched down in Shanghai ­– but a decade on the colossal Shanghai International Circuit has become a familiar, if quirky, stop on the Formula One world tour.

Everything at SIC is on a bigger scale, from the enormous main grandstand to the unique paddock lagoon. The track also is expansive with its two long straights – but the high-speed middle sector and two complicated ‘snail’ corner complexes demand a tricky set-up compromise. Add to that arguably the most abrasive surface of the year and you get a race that gives up its secrets grudgingly and one which frequently goes down to the wire.

It’s one that McLaren have got right in the past with three victories and some memorable racing in recent years. 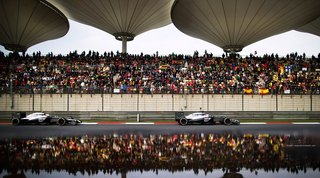