Melbourne creates a spectacular backdrop for the opening round of the 2014 FIA Formula One World Championship. While the teams are always happy when the Australian Grand Prix comes around, for drivers Albert Park can cause a few headaches. The temporary circuit has a reputation for being slippery while its humps and bumps play havoc with judging braking points. Gravel traps wait for the unwary and the unlucky and, being a street circuit, there are also plenty of unforgiving walls. All together it creates a low-grip, high-drama grand prix that never fails to deliver the excitement.

For 2014 that ratchets up a notch with the much-discussed new power units making their debuts. F1 hasn’t featured turbochargers since the Australian Grand Prix of 1988 – won by Alain Prost driving the all-conquering McLaren MP4-4. Technology has moved on in the intervening quarter century and the grand prix has moved from Adelaide to Melbourne – but the huge enthusiasm for motorsport in Australia ensures the vast crowds and unique atmosphere of the Australian Grand Prix remain.

Albert Park has been a happy hunting ground for McLaren with six of the team’s 11 Australian Grand Prix victories coming in Melbourne, with wins for Mika Häkkinen, Lewis Hamilton and two apiece for David Coulthard and Jenson Button. 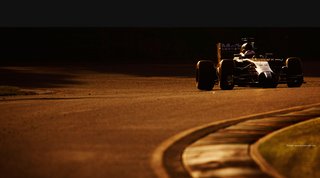