Martin Whitmarsh addressed the crowd at the McLaren50 celebrations in the Vodafone McLaren Mercedes Brand Centre at Monza, on the evening of Saturday September 7th 2013:

"As you doubtless know, we’ve invited you here to help us celebrate our 50th birthday, since Bruce McLaren Motor Racing Ltd was formally incorporated on 2nd September 1963.

"McLaren spent its first three years engaged in lesser formulae, if I can call them that, mainly the Tasman Series and various sports car races in the UK and North America.

"McLaren made its world championship Formula 1 debut at Monaco in 1966.

"Many great McLaren names have starred in that glorious story – you can see some of their faces on the mural on the front of our Brand Centre this weekend – our founder, Bruce, and the seven drivers who’ve won world championships for us so far – Emerson [Fittipaldi], James [Hunt], Niki [Lauda], who's with us this evening, Alain [Prost], Ayrton [Senna], Mika [Hakkinen] and Lewis [Hamilton], who's also with us this evening.

"Another great McLaren name who's starred in that glorious story may be, as he’s fond of saying, only a chapter in the book, but undoubtedly it's a very big chapter indeed. I'm referring to Ron [Dennis], of course, who’s also with us this afternoon.

"So may I have a big round of applause for Ron please?

[A lengthy standing ovation followed at this point.]

"Thank you. Anyway, since McLaren and Ferrari are currently tied on 182 Grands Prix-all in the period since we entered Formula 1, it’s appropriate, I think, that we should be celebrating McLaren’s 50th birthday here at Monza, the spiritual home of Ferrari.

"Equally, I’m delighted that Stefano [Domenicali], the Ferrari team principal, is here with us this afternoon.

"No, on the contrary, birthdays should provide a milestone at which one should pause for thought, take stock, and plan for the future with the advantage of having assimilated and analysed what’s gone before.

"And that’s what we at McLaren are doing right now.

"But throughout this difficult year I’ve been massively impressed by the undiminished ambition of all my colleagues, at all levels and across all disciplines, and that’s why I can say with confidence – no, with certainty – and most of all with great pride – that McLaren’s next 50 years will be greater even than our first 50 years.

"And I think all of you here today, whether you’re from other teams or from the media or from wherever else, recognise McLaren’s burning passion to win – a passion shared by everyone who’s ever worked for McLaren, everyone who works for McLaren now, and everyone who’ll ever work for McLaren in the future. 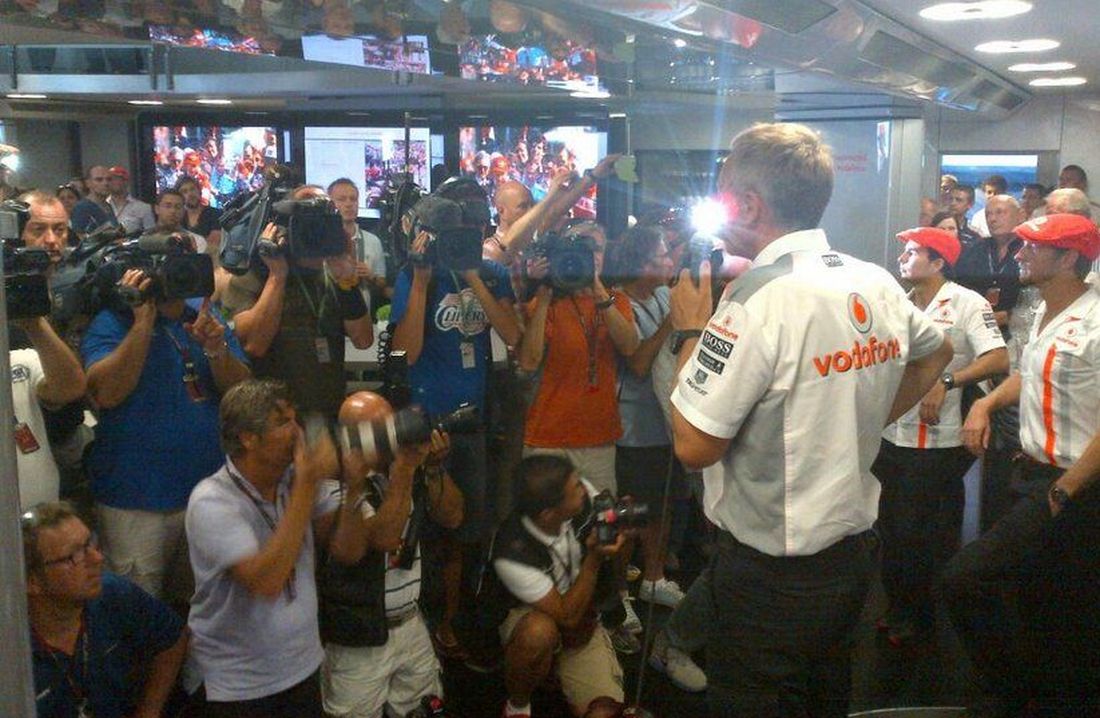 Celebrate 50 years of heritage at the McLaren Store