"I had a bad start when my clutch slipped, and I dropped a few places. That first stint was quite good fun, but, once I got stuck behind Daniel [Ricciardo], there was no way of getting past him.

"We didn’t get the gear ratios quite right today. Consequently, as our fuel loads decreased, and our cornering speeds should have increased, we were hampered by our rev-limiters, and that made it easier for the cars behind to overtake us and harder for us to overtake the cars ahead of us.

"In clear air, our pace was pretty good – but, with such a short top gear, especially with DRS deployed, we were hitting the rev-limiter while other cars weren’t being rev-limited.

"Moreover, about 15 laps from the end, I locked up into the first corner and severely flat-spotted my front-right tyre – I couldn’t really see a lot after that, because of vibration, but I still managed to bring it home and score a world championship point for the team.

"Finally, I just want to say a big ‘thank you’ to all the guys in the garage today. They had to really work hard to repair my car’s fuel system before the race, in record time, and they pulled out all the stops to get it all done. It was touch-and-go for a while, but they responded really well and did an incredible job.

"In a tight spot, they’re the best guys out there – and, once again, they were faultless today."

"It was a disappointing afternoon, and I think we deserved more than that.

"I got hit from behind into Turn One and had to cut the chicane, unfortunately. Then, throughout the race, I was held up by Daniel’s Toro Rosso. My car was quicker overall, but its straight-line speed just wasn’t strong enough to get me up and alongside him to try a pass.

"We stopped one lap later than we’d planned, and I lost a position to Jenson when the stop didn’t go too well. From then on, I was stuck in a train of cars; and, without a straight-line speed advantage, I just couldn’t get past anyone." 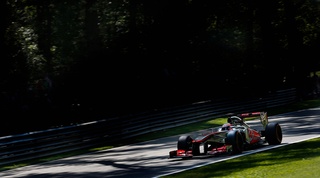 "Today’s race was a disappointing end to a frustrating weekend.

"Jenson lost a few places at the start, and thereafter spent most of the race stuck behind one of the Toro Rosso cars – as indeed did Checo.

"Had that not been the case, our cars would have been able to lap significantly faster than in fact they did. However, although as I say our cars were faster in terms of overall lap-time, their comparative lack of straight-line speed prevented Jenson and Checo from being able to pass the Toro Rossos in order to exploit that greater pace on a clear track.

"Jenson was mighty at the end of the race, however, holding off Kimi [Raikkonen] to retain 10th place by just three-tenths of a second at the chequered flag.

"Checo was unfortunate to finish only 12th – a slower-than-usual pitstop costing him track position through no fault of his own.

"All in all, I’d summarise our weekend by saying that we’ve come away with a very hard-won world championship point."

Celebrate 50 years of heritage at the McLaren Store

Getting to know: Matt Morris