A grand prix car on a grand prix circuit is meant to be driven fast. That’s a no-brainer, right?

Maybe so, but when the grand prix cars in question are a priceless collection of McLaren legends, and the circuit is the full 3.6-mile Silverstone grand prix track – one of the fastest, most thrilling and most punishing tracks on the F1 calendar – then you might surely question the validity of the above thesis.

Would you still be comfortable balancing the surging revs under your right foot? Would you still feel confident about giving the car its head, letting it crest the apex and ride out to the rumblestrips, gathering momentum along the way? Would you feel happy giving the car a playful tug of opposite lock to tuck in an errant rear-end skittering over the bumps?

Happily, we answered ‘yes’ to all those questions. After all, this year’s 50th anniversary celebrations firmly embrace the notion of bringing to life everything we’ve ever done, and if that meant thrashing four timeless McLarens around a grand prix circuit on a beautiful summer’s day, then we felt duty-bound to oblige.

The problem, if you could call it that, was which cars to choose from our archive to best represent both McLaren and our history at Silverstone.

So, how about these four:

Our little Cosworth-powered terrier was one of the most successful and long-lived chassis in F1 history (it raced from 1973 to 1978). It was also the car driven by Emerson Fittipaldi to his second world title in 1974. The M23 was notably a winner at Silverstone; Peter Revson won his first grand prix there in 1973, and Emmo scored his final win there in ’75.

Is there a grand prix car more legendary and iconic than the pencil-slim Honda rocket-ship that dominated all before it in 1988? Hmm, surely not. It’s a low-slung beast that still looks as mean and purposeful today as it did when it first raced more than a quarter of a century ago. Ayrton Senna walked on water to win at Silverstone in this car in 1988.

Fitted with a glorious, wailing 3-litre Mercedes V10, this was the narrow-track, grooved-tyre masterpiece that finally allowed Mika Hakkinen to fully express his artistry behind the wheel. This car won nine races in 1998 – eight taken by Mika alone – although some might (still) argue that he was somewhat robbed of victory at Silverstone that year (he came second).

It might seem a bit lax to leave the winning of a world title until the last corner of the last lap of the last race, but, in typically dramatic style, that’s how Lewis Hamilton chose to nail the championship in 2008. Did it win at Silverstone? Oh yes, by a whopping 1m08s over second place!

But who to drive this legendary quartet?

Happily, we invited the BBC and SKY Sports F1 to film the day, asking the two illustrious broadcasters if they had any spare talent available to get behind the wheel.

They duly obliged, supplying us with an inspirational roster of racers: the BBC reunited two of our most beloved sons David Coulthard and Mika Hakkinen; SKY opted for a quartet of British legends – Damon Hill, Martin Brundle, Johnny Herbert and some guy called Jenson Button.

The outcome? It’s not for us to reveal, except to say that the day was emotional, surreal, thrilling, nail-biting and, ultimately, tremendously heart-warming – as the stunning photographs in our gallery (below) attest.

"Throughout our 50th anniversary year, we wanted to regularly showcase some of our most legendary cars. At our launch at MTC in January, we rolled out some of our iconic machinery, and they will run again at next month’s fabulous Goodwood Festival of Speed weekend.

"But this day at Silverstone was an opportunity to shake the cobwebs from some of our greatest British GP cars, while also celebrating the speed and majesty of one of the best, and most historic, grand prix tracks in the world.

"Additionally, to see them tamed by some of Britain’s most cherished and popular motorsport names, as well as our own dynamic duo of Mika and David, was a sight to treasure.

"Judging by the smiles on the faces of all concerned, it was a thoroughly satisfactory day. And I’m glad to say that all the cars were all given a good thrashing – which is just as it should be.”

The BBC's McLaren feature, hosted by Mika and David, and SKY Sports F1's segment will both be shown over the Monza weekend, the date closest to McLaren's actual 50th anniversary on September 2nd 2013. 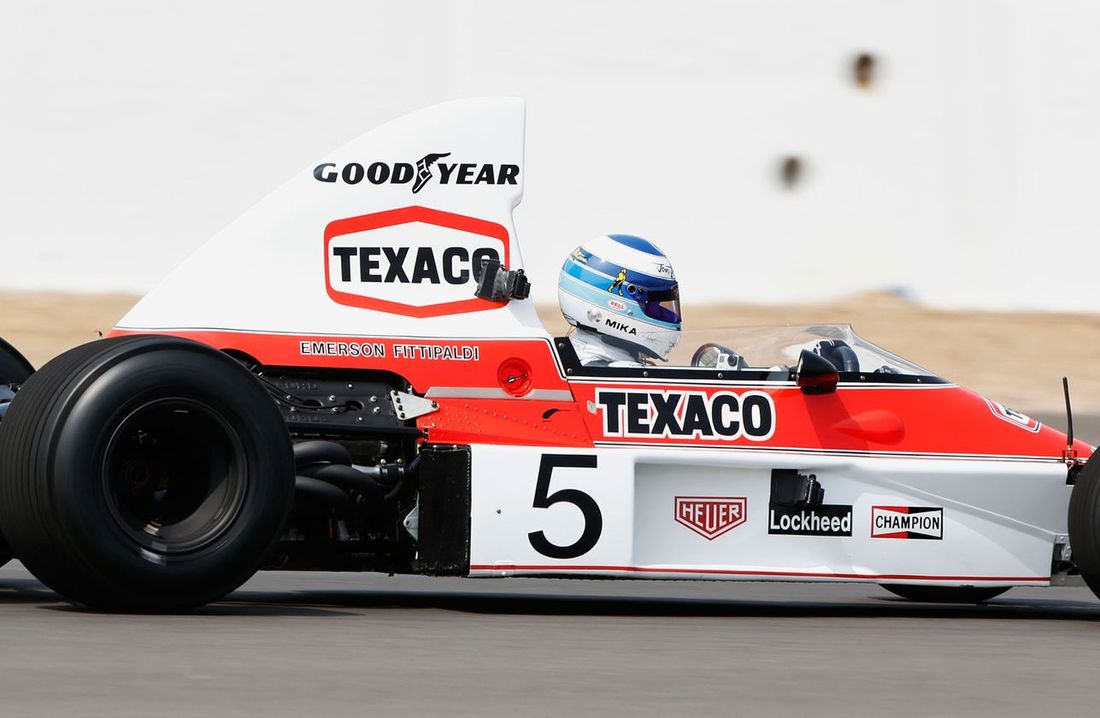 Silverstone through the eyes of a McLaren fan