Brazil hasn’t had a world champion since Ayrton Senna won his third world title for McLaren in 1991, but the country’s passion for Formula 1 continues unabated. The Brazilian Grand Prix remains one of the highlights of the F1 season and the Autodromo Jose Carlos Pace in Interlagos one of its gems.

The 2.6-mile track is one of the oldest circuits in F1, having hosted its first world championship grand prix in 1973. It’s been altered and made safer since that first race, but it retains much of its original character. It’s bumpy, undulating and narrow, and it’s one of five anti-clockwise circuits on the 2012 calendar.

The track is located 875 metres above sea level, making it the highest venue on the F1 calendar. The altitude affects the performance of the cars by reducing the power from the engines by about 7 percent. 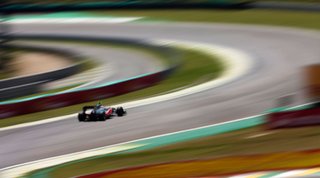 1974, Interlagos, Fittipaldi starts from pole, but he drops to third when Reutemann and Peterson jump ahead at the start. Emmo grabs P2 on lap four when Reutemann makes a mistake and then out-foxes Peterson lapping Merzario. Emmo cruises to victory.

1984, Jacarepagua. Prost wins on his debut for McLaren, but it isn’t an easy victory. Qualifying fourth and slow away from the grid, he battles through the order to lie second to team-mate Lauda on lap 24 and when Lauda retires he takes the lead.

In 1988, Jacarepagua, Ayrton qualifies on pole for his McLaren debut, but he starts the race from the pitlane after his MP4/4 jams in first gear on the parade lap. That leaves Alain to romp to an easy victory, coming home 10s ahead of Berger.

1991, Interlagos saw Senna's first victory in Brazil. He starts from pole but Mansell sits on his gearbox until he’s delayed by a puncture and Senna’s gearbox plays up towards the end of the race. He completes the last 7 laps stuck in sixth gear!

1998, Interlagos was an utterly dominant display by McLaren-Mercedes drivers Hakkinen and Coulthard. They qualify 1-2 and finish 1-2, David just 1s behind his team-mate in the second MP4-13. M Schumacher finishes third, exactly one minute adrift.

1999, Interlagos sees an all-McLaren-Mercedes front row ending in a dominant victory for Mika. He’s never headed and comes home 5s ahead of Michael Schumacher. Mechanical problems for David in the sister MP4-14 end McLaren’s chances of scoring a 1-2.

2001, Interlagos was a superb victory for DC. Starting fifth on the grid, he battles his way to the front. He times his pitstop for intermediate tyres to perfection and passes Schumacher for the lead with 23 laps remaining. He comes home 16s clear o