“This was a really difficult race to read. I got a poor start, was boxed in at Turn One, and had to lift to prevent Fernando [Alonso] and myself hitting the wall at Turn Two.

“I don’t think we did a bad job in terms of strategy – the car felt good and kept improving during the race – but, when the Safety Car was deployed, I think a few others lucked in to a better strategy. And, today, also, we just didn’t get lucky.

“Finally, massive congratulations to Fernando – he did a great job. Hopefully we can do the same thing at our home grand prix in two weeks’ time!”

“Big congratulations to Fernando – he did a great job today to come from all the way back in 11th.

“We lost some points today – fortunately, however, a couple of other drivers fighting at the front also missed out, so it’s not the end of the world. It just makes things a little bit tougher.

“Today was just a bad day in the office – but that’s motor racing, and I’m already looking forward to the next grand prix, my home race at Silverstone.”

“I suppose you’d have to describe the 2012 European Grand Prix as an exciting race for spectators, but a frustrating race for Vodafone McLaren Mercedes.

“Clearly, we’d like to have scored more points than we did today.

“But, as I’ve said before and I’m quite sure I’ll have cause to say again, the comparative performance of Formula 1 cars is extremely close this year – probably closer than ever before – and this year’s races are consequently very unpredictable.

“Having said all that, it goes without saying that everyone at Vodafone McLaren Mercedes is looking forward immensely to our home race, the Santander British Grand Prix at Silverstone, on whose famous Tarmac we hope to put on a fantastic show, and record an excellent result, in front of the most enthusiastic and knowledgeable motorsport fans in the world.” 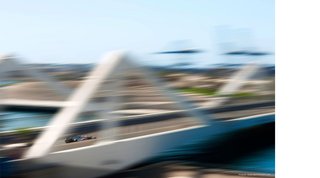