The Bahrain International Circuit is the Kingdom of Bahrain’s only racetrack. It was designed and built by Tilke GmbH in 2003 and it hosted the inaugural Bahrain Grand Prix in April 2004. The race has been a regular fixture on the Formula 1 calendar since then, with the exception of 2011.

The 3.363-mile/5.412km track provides a complex technical challenge for the teams. The circuit has two clear overtaking places, into Turns One and Four, and acres of run-off. Its mix of long straights and predominantly low- and medium-speed corners force a compromise on car set-up, and this year’s race will also be the first time that Pirelli’s P Zero tyres and the DRS have been used at the venue.

Heat management is crucial, both for the cars and the drivers. Ambient temperatures regularly exceed 35 degrees and the cloudless desert skies push the track temperature towards 60 degrees – the highest of the year. Such extreme conditions affect tyre wear and result in the drivers losing up to three litres of fluid during the race.

McLaren at the Bahrain Grand Prix

“I won this race in 2009 and feel we have a car that’s quite well suited to the track’s characteristics. The track is a good balance of tricky, technical, low-speed corners and faster, high-speed sweeps – particularly two sections behind the pits, which are very satisfying when you get them right. Our car should go well here.

“I think the original circuit layout, which doesn’t include the extended ‘endurance’ loop that we used for a single race in 2010, is better for Formula 1 – and it’s a positive that we’re returning to that configuration this year.

“It will make the approach into Turns Five, Six and Seven – the high-speed sweepers – more challenging as you’ll be entering at much higher speeds. Hopefully, we can get another strong result to bolster our chances in the championship.”

“Unlike Jenson, I’ve not won in Bahrain – although I’ve had some strong drives there in the past. The circuit is a typically modern F1 track, with plenty of run-off and a good variety of corners. You can be really late on the brakes for Turns One, Four and 14, which is a particularly technical final corner.

“Still, there are definitely passing opportunities. Turn One is a classic late-braking opportunity, and it also gives you the chance to set up the other driver, by forcing him to defend up the inside and then compromising his exit speed, which gives you the opportunity to have a look inside at Turn Two, or even Turn Four at the end of the straight.

“I think we go to Bahrain with a car that’s well-balanced in every area, and I’ll be looking for another strong result.”

“Our result in China showed that neither Jenson nor Lewis has lost any of his fighting spirit; and to get both of them on the podium – after each qualified in a less-than-representative position – was further proof that MP4-27 appears to be consistently competitive wherever we go.

“The 2012 event will mark the first time Formula 1 has raced in Sakhir using both KERS Hybrid and DRS, and I think the combination, in tandem with a well-positioned DRS deployment zone along the main straight, will lead to another exciting race.

“This weekend, we’ll be looking for more points-scoring opportunities for both drivers – we’re fully aware that this is a long championship and that it’s often just as important to score regularly, and to keep scoring, as it is to win races. It’s consistency that will define the path to both world championships, I believe.

“This race will represent the last of the four flyaways that constitute the opening phase of the 2012 world championship. Vodafone McLaren Mercedes goes into the race leading both the drivers’ and the constructors’ world championships, and we want to come away from Bahrain having consolidated our positions in both. We’re determined to mount a consistent and sustained challenge for both titles, and we’re currently in a good position to achieve that.”

Kimi Raikkonen finishes third for McLaren, but it’s F1 returnee Pedro de la Rosa who attracts the most post-race plaudits. He’s drafted into the team at the 11th hour to replace the injured Juan Pablo Montoya and he drives a tenacious race to fifth, setting the fastest lap of the race.

A mechanical problem in qualifying forces Kimi Raikkonen to start the race from last (22nd)place. Undeterred, he’s up to 13th by the end of lap one and he executes a perfect one-stop strategy to finish third. Juan Pablo Montoya ends a solid day for the team in fifth place.

Third place behind the Ferraris is a promising start to the year for Lewis, but he might have finished even higher had he not been held up by Nico Rosberg for the first half of the race. Jenson Button, driving his first race for McLaren, comes home seventh.

“Our intention is to go for the win”

“I’m very happy with how qualifying went and the job the team has done so far this weekend. I’ve put the car on the front row at every race this year, and I feel this was one of my best qualifying performances so far. Both my laps in Q3 were very good and I feel I got everything out of the car.

“Fingers crossed for tomorrow: both Red Bull drivers will be very hard to beat in the race, but we’re less than a tenth behind on race pace. The start could be key – we’ve had good launches all season so I expect us to be able to challenge Seb [Vettel] down to Turn One.

“This season is shaping up to be very interesting: it’s anyone’s for the taking, at the moment”

“Fourth position wasn’t quite what I’d been hoping for, but it’s not too bad. It’s always a horrible feeling on your final Q3 lap when the balance isn’t quite where you want it. I couldn’t get the best from the car so I pitted early to save the tyres. Besides, fourth isn’t too bad anyway.

“The car is definitely a lot better than it was yesterday – we made some improvements overnight. We’d expected the Red Bulls to be very quick in qualifying, so to be close to them is a positive. A nice surprise is that we’re ahead of Nico [Rosberg] who was on pole just a week ago.

“A good launch tomorrow will be very important – both Lewis and I will be starting on the dirty side of the grid, which makes things more difficult, so we’ll need to get it right. Tyre management will be crucial too.

“I’m looking forward to the challenge.”

“As we’ve already got used to seeing this season, it was very tight at the top today.

“Even the early stages of qualifying – Q1 and Q2 – are nowadays extremely hard to get through. Michael [Schumacher] and Kimi [Raikkonen] can confirm that.

“As for our boys, well, Lewis drove an excellent lap, and missed out on pole position by just a tenth of a second. Jenson, too, was his usual rapid and reliable self, ending up in fourth place, directly behind Lewis on tomorrow’s grid.

“The race will inevitably be a physically challenging one for all the drivers, as is always the case in hot climates such as Bahrain’s, but we’ve got two tough racers in Lewis and Jenson and our intention is to go for the win.”

“A pretty difficult weekend for the whole team”

“There are good times and bad times in motor racing. I guess this was just one of those days.

“By rights we should have been fighting to finish in the top four today, but it didn’t work out like that in the end. The delays in the pits were a big part of that, of course. For the driver sitting in the car, that’s always frustrating, because you’re just waiting and there’s nothing you can do to help.

“Now we’ll head into the European season, and it’s clear that we’ve got to do two things: we’ve got to work on the pace of our car and we’ve got to improve our pitstops.”

“I didn’t have a very good balance today: I was struggling all afternoon with oversteer. We were taking front wing out of the car all the way through the race, in fact.

“However, my final stint was a long one, and, if I hadn’t struck trouble, I reckon things would have got quite interesting in the final laps. Some drivers had pushed harder at the start of that stint, but I’d been looking after my tyres. Into the last five laps, I started pushing pretty hard, and I caught up with Paul [di Resta] and Nico [Rosberg]. But, just as I braked for the final corner [on lap 53], the right-front corner lifted up in the air and I realised I had a [left-rear] puncture. So I quickly radioed the team, and pitted.

“In the last few laps, the car sounded really noisy. I think the initial problem was an exhaust failure, then my puncture, and then a differential failure; so I had to retire.

“It’s been a pretty difficult weekend for the whole team.”

“Clearly, our performance was disappointing this afternoon.

“Having said that, both Lewis and Jenson drove very well in extremely challenging conditions.

“Lewis pulled off some sensational passing manoeuvres in his efforts to push his way through to the front, but in the end he was let down by two slow pitstops, both of which were caused by delays at the left-rear corner of his car. Jenson’s pitstops were trouble-free, by contrast, so we’ll have to investigate what the problem was with the left-rear corner of Lewis’s car.

“Jenson, too, had a frustrating run, which was finally curtailed by a puncture and a problem with both his differential and his exhaust, the combination of which forced us to retire his car. Again, we’ll investigate what caused those problems in due course.

“From here we travel to Barcelona, on which circuit we performed strongly in pre-season testing.

“Lewis and Jenson are as resilient as they are competitive, so you can be well sure that in Spain they’ll both do their utmost to score as many points as possible in an effort to put Vodafone McLaren Mercedes back at the top of both the drivers’ and the constructors’ world championship standings.

“I’ve said it before and I’ll say it again: the 2012 season is shaping up to be both gripping and unpredictable. Some races you win, some you don’t. That’s motor racing. But, above all, motor racing is a team sport – and I probably know better than anyone what a superb bunch of men and women the Vodafone McLaren Mercedes team is made up of, which is why I’m utterly certain that every last one of them will now work as hard as is humanly possible to make sure that, on the sweeping curves of the Circuit di Catalunya, we’re back where we belong: at the front.” 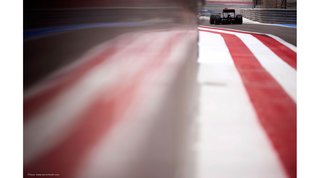