This is the third prize for XTB in 2011. In October the company was named the second best brokerage house in 2011 and the best FX Brokerage in the Czech Republic. It was also named Most Dynamic and Developing Brokerage House in China by the country’s the biggest and most respected financial portal, hexun.com.

XTB’s website has been nominated in highly prestigious Polish WEBSTAR FESTIVAL in Finance category and Jakub Zabłocki, CEO of XTB has been nominated in the same awards in the Men of the Year category. XTB was also in the top three of Best Euro Dollar Forecasters in the November edition of Bloomberg Markets

“Winning Best Brokerage House in Europe makes you feel like Christmas comes early and that all the hard work is appreciated. XTB is constantly developing, from just four markets in 2005 to more than 15 in 2011, with a plan to launch in South America in the first quarter of 2012. Such a strong appreciation of our efforts is the highest possible motivator for whole XTB Team to reach even higher goals in incoming 2012.” 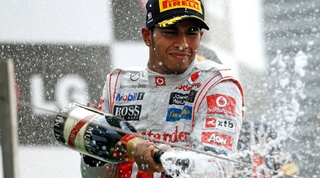