Neil Oatley on the MP4-4

“First, some background: I was Alain Prost’s race engineer throughout 1987 and ’88 – the 1989 normally aspirated V10 car was my first McLaren project, so while I worked with the MP4/4, it wasn’t ‘my’ car – it was a project led by Steve Nichols, who’d also helmed ’87’s MP4/3, under the directorship of Gordon Murray.

“I joined the team towards the end of 1986, and I got involved in some of the design work on the MP4/3. The design team wanted to do the MP4/3 as a completely new car, but [technical director] John Barnard only left McLaren in August ’86, so there wasn’t too much time available. That meant the MP4/3 became more of a revamp. It had a tighter fuel-cell and revised sidepod profiles, but it was very much an evolution of the previous year’s championship-winning car.

“Over the winter of 1987, we modified the MP4/3’s tub to fit the new Honda engine in. And one of the things we learnt was that Ayrton couldn’t drive it without difficulty! The MP4/4 might have been a lot lower and looked like it was packaged into a much tighter space, but it was actually much more comfortable for the drivers. Ayrton wasn’t a particularly big bloke, but he had trouble positioning his legs so they weren’t pushed against the MP4/3’s steering rack.

“There wasn’t any debate about going normally aspirated for 1988, either, because Honda didn’t have a normally aspirated engine ready in time. They were convinced that a 1.5-litre turbo at 2.5 bar would be more competitive, and they completed a lot of work on fuel efficiency and driveability to help ensure that.

“Back then, unlike nowadays, you weren’t able to take on a huge amount of work over the winter: we were a very small team – probably only about six people in the drawing office, so that limited what we could achieve in the time available.

“So all that meant the design team had been thinking of quite a few advanced ideas for some time – and were able to pull all those together into the MP4/4, which was a strikingly different car from its predecessor. The 1988 was a departure; the 3 had been Steve’s project, and that was an evolution of the 2, which itself was based on the 1. Effectively, McLaren had used a similar design for six seasons, so the car hadn’t really taken a big leap forward, it had just been tweaked to adapt to new rules and general development evolutions.

“For 1988, [technical director] Gordon Murray was pushing for a driving position that he’d used on his last Brabham [1986’s BT55]. There were no concerns about it being too low, and it wasn’t too far away from what had gone before. In fact, I remember Steve Nichol’s favourite Formula 1 car was the Lotus 25, and the driving position wasn’t too far removed from that.

“We were just moving on a step from the era when the Barnard McLarens had first been conceived. We were using a windtunnel in Teddington for about two-thirds of the year. And development was purely instinctive - Bob [Bell, now technical director at Renault F1] was the only aerodynamicist, so he was solely driving the aero project.

“After an extremely busy winter, we eventually had one MP4/4 ready for the final day of the final pre-season test of the winter at Imola – which was tight, even by our standards. I was there, as Alain’s race engineer, and we’d been successfully running the hybrid Honda-engine MP4/3B for several days. Then the new car arrived during the evening of the penultimate day – it wasn’t even fully finished, as it still needed some detail work before it could leave the garage in the morning.

“Alain drove the MP4/4 first and, even on his first proper run, he proved to be a couple of seconds faster than he’d been in the old car! It just felt right to the drivers right away – it was comfortable to drive, they knew it was going to do what they wanted, and the aerodynamic performance was obviously a real step forward.

“We came away from the Imola test comfortably quickest, and headed off to the first round in Brazil after just one day’s testing. That it was so quick straight out of the box meant we all knew that the team had produced a very quick car, at the last possible moment.”

The rest is history... 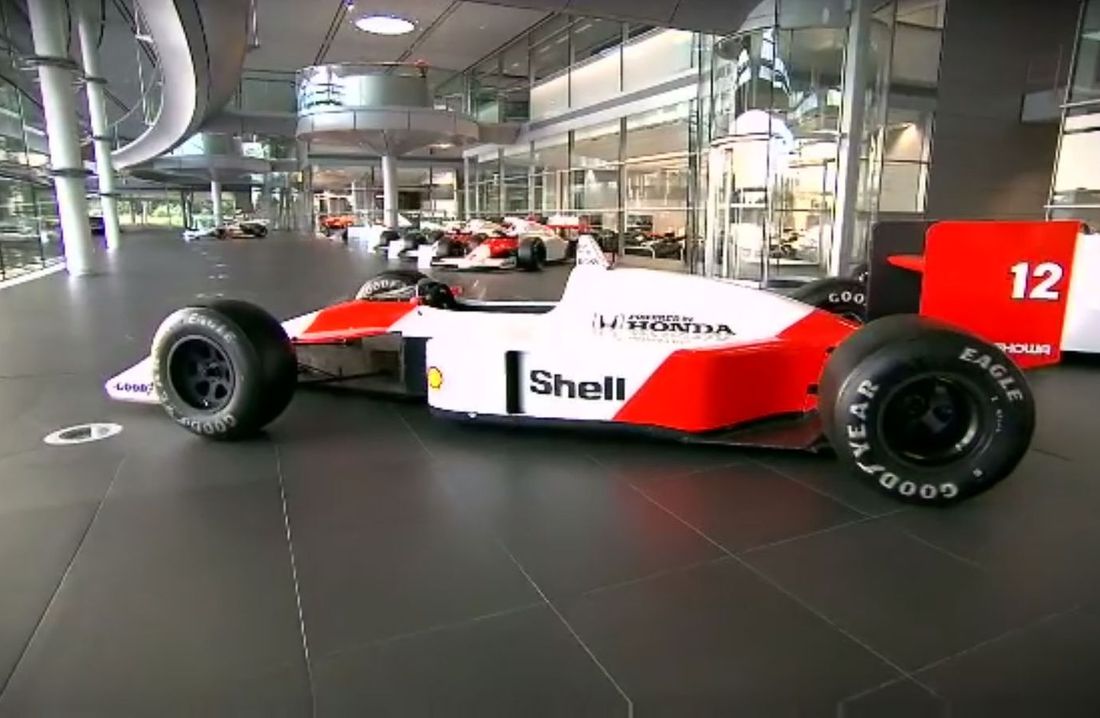