Race-winning Dutchman to race for the team in UCI WorldTour

Race-winning Dutchman to race for the team in UCI WorldTour

One of the strongest climbers in the world, 31-year-old Wout, from Venray, Netherlands, has signed a multi-year deal to race with Team Bahrain Merida – the pro cycling partnership with McLaren Group.

A rousing winner of the famous Liège-Bastogne-Liège race, the popular Dutchman has also enjoyed stage wins at the Critérium du Dauphiné, Tirreno-Adriatico and Tour of Britain. Wout is a veteran of 14 grand tours, in which he has played an instrumental role in helping some of the sport’s most iconic riders to grand tour titles, also earning a sixth-place finish at the 2017 Vuelta a España.

The signing means Wout reunites with Rod Ellingworth, who commences his role as Team Principal from October, with the pair set to build on a fruitful partnership which stretches back to 2015 and has been synonymous with success.

Wout will be integral to the team, as McLaren applies 50 years of experience in the world’s most technologically advanced sport – Formula 1 – to one of the most traditional. It is an unprecedented collaboration that will spark imagination and interest, and challenge the traditional boundaries of pro cycling to inspire riders, fans and partners.

“It’s fantastic to welcome Wout to the team. A consistent top performer and no stranger to success, he is one of professional cycling’s shining lights and we’re incredibly excited to have him on board. His vast experience will be invaluable as we build an exciting new chapter for the team in partnership with McLaren.”

“Wout’s track record speaks for itself. Held in the highest regard by his peers, he is a proven team player who brings a wealth of experience. He is a natural fit for the team, as we continue a journey which sees Bahrain Merida and McLaren combine passion and technology to drive performance and shape the future of the sport.”

“It’s impossible not to admire what Team Bahrain Merida has achieved in less than three seasons, and I’m very excited about the opportunity that its joint venture with McLaren offers.

“McLaren brings a fresh perspective to the sport which encompasses equipment, human performance, data analysis and operational excellence. The application of its knowledge and technology will undoubtedly drive the team forward. It’s a fascinating prospect, not just for me, but for the sport as a whole.

“Combined with Rod Ellingworth’s expertise, McLaren’s involvement promises to make Bahrain Merida one of the best and most captivating teams in the peloton, and I look forward to playing a key part in its future success.” 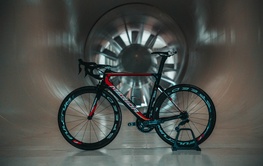 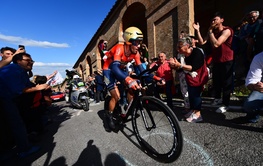