In the war against expense, standardised components such as sensors are a key element in the armoury of stakeholders and governing bodies aiming to control costs while preserving the integrity of the competition and the brands operating within it. Durability, accuracy and minimal weight are what competitors demand and expect, and which the McLaren name guarantees: we have been at the cutting edge of sensor technology in Formula 1 for decades.

McLaren Applied has supplied the entire Formula 1 grid with Electronic Control Units (ECUs) since 2008, and from 2018 has been selected by the FIA to be the trusted sole provider of engine pressure and temperature sensors. While vital to the safe and competitive operation of the cars, such technology is functionally invisible to the fans watching in the grandstands and the global television audience; as such, even the F1 teams owned by automotive OEMs are comfortable that it does nothing to dilute their brands.

We are also one of two approved sensor suppliers to competitors in the Verizon IndyCar series, America’s premier single-seater category. We answered a call several years ago to standardise parts in order to control costs for competitors. We offer a family of excellent products that are feature-rich and second to none in terms of quality. 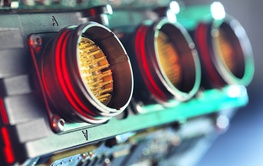 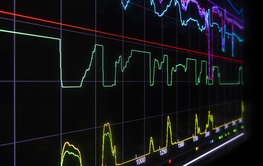