The McLaren Applied tech at the heart of every F1 car

The McLaren Applied tech at the heart of every F1 car

Formula 1 is the ultimate test of technological excellence and driver skill. But for many years it struggled in its mission to maintain the right balance between these two driving principles. Systems such as traction and launch control made driver ability less critical to the outcome of races – but a ban on these systems proved almost impossible to police.

At the same time, the sport’s governing body, the FIA recognised that the costs of competing were becoming unsustainable for some teams. To solve one problem and assist in the solution of the other, the FIA put out a tender in 2006 for a standard set of electronics for F1.

Why did McLaren – who have a team in F1 – get the contract? Because McLaren Racing and McLaren Applied are run as separate companies and we have been supplying complete control systems to F1 since 1993, we were already a trusted supplier to many of the teams and we pioneered the use of model-based software at the start of 2000, several years before this approach to control system development was introduced into the series automotive markets. This approach has been a critical part of the success of the standard electronic control unit (ECU).

Our ECUs, like all of our high-performance components, are engineered with extreme precision by our expert technicians at the world-renowned McLaren Technology Centre.

The control and data systems on F1 cars are complex because of the demands imposed by high-revving engines, seamless-shift gearboxes and various drive-by-wire controls. The complexity is even greater when the requirement is to control several different engines, with several different gearboxes, using a single hardware and embedded software platform. Also, the system had to support different telemetry systems between car and garage and provide the ability to use different data systems in the garage.

We defined the system completely in 2006 and started shipping the first dyno systems to teams in March 2007, in time for introduction at the beginning of the 2008 season. It performed flawlessly and the original three-year contract was extended by a further two. We then won the tender for a new system covering the 2013 to 2015 race seasons, which had to support the V8 engines in 2013 and then be adapted, via software, to run the new GDI turbocharged parallel hybrid power units in 2014. 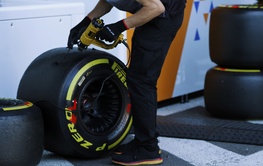