Melanie Franklin is the fourth member of her family to work at McLaren after mum, dad, and sister have all represented the brand. Dad, Tony Franklin, has been with McLaren for over twenty years, and is currently a Design Team Leader for the McLaren Formula 1 team.

Despite the family connections, her journey to landing a job at McLaren was far from a formality. Melanie shares her story of how and why she joined the company, her role at McLaren Applied, and her career ambitions.

"I joined McLaren for two mains reasons: for the love of the brand, and my passion for motorsport and engineering. McLaren was always the goal, but I had to work my way up, starting at grass roots level as a Race Mechanic at West Surrey Racing (WSR) and undertaking work experience at Porsche in the Carrera Cup and GT Cup Championships," says Melanie.

"My work experience made me really appreciate the bravery and commitment required to compete in motorsport. Aside from Formula 1, I would say the British Touring Car Championship is my favourite motorsport."

Melanie’s passion for motorsport stretches back almost two decades, starting at the Goodwood Festival of Speed – an annual event which showcases racing cars past and present, based in West Sussex, England.

"My first visit to Goodwood was back in 2000. I remember walking around with my family, being in awe of some of the most beautiful cars I have ever seen. As a photography hobbyist, I found myself constantly snapping every car that I could see," says Melanie.

"My favourite Goodwood memory was sitting and steering the McLaren MP4/4, arguably the greatest F1 car of all time. Going to Goodwood FOS really kickstarted my passion for motorsport, and I knew even back then that I wanted to work in the industry one day," added Melanie.

Joining McLaren Applied in October 2017, Melanie was no stranger to the world-renowned McLaren Technology Centre (MTC). She says, "McLaren host family events for its employees and therefore I had visited the MTC a number of times with my dad. In fact, I was here when the building was first opened to the staff and families to meet the drivers back in 2003.

"The McLaren Technology Centre is huge, very impressive, daunting to some, but I believe there’s a family feel around the building. Aside from my Applied colleagues, I have been into McLaren Marketing and of course, McLaren Racing to tease my dad!"

Working for McLaren was always a goal for Melanie, but she’s not stopping there. She says: "I’m proud of what I have achieved so far, but this is just the beginning of my journey at McLaren. I’m committed and ambitious, and want to reach the top of my profession.

"I’m currently an Engineering Coordinator, creating documentation for the high-performance components we provide teams with around the world. I’m also increasingly involved in our Formula E projects. This includes traveling around the world with my colleagues, and providing technical support our customers. I’m particularly excited to support all teams during season 5 of the ABB Formula E World Championship – where every car will use a McLaren Applied battery."

In an industry notoriously dominated by males, Melanie explains how the diverse environment at McLaren Applied has enhanced her learning experience.

"We have a diverse group of people across the business, males and females, recent graduates to experienced professionals, and people from all over the world from Italy to India, which means we all learn from each other’s personal experiences and perspectives. We’re all different but we all have one thing in common; our unrelenting drive to move McLaren forward." 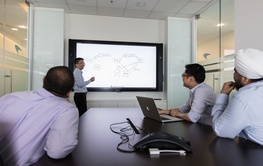 SINGAPORE'S ENGINEERS UP FOR THE CHALLENGE 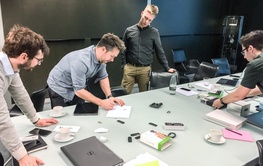 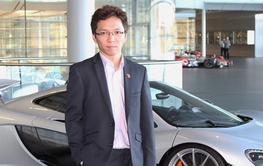 KENNY KONG: WHY I CAME BACK TO McLAREN