In 2018 we launched the next phase of our pioneering esports programme – McLaren Shadow Project. What is it exactly? The clue is in the name. It’s a virtual racing programme that shadows McLaren’s real-world equivalent and is the most diverse and dynamic racing esports competition out there. It once again sees us search for the brightest and the best racing talent from all countries and backgrounds, across all major platforms.

It is a programme that only McLaren could run. We can embed our brand and cars in the biggest and best racing games on the planet and crucially we can leverage the resources of McLaren Applied to enhance the project further.

At its heart, McLaren is a data company, and it uses data to drive decision-making. It is therefore natural for Shadow to adopt this approach. The resources at McLaren Applied enable us to quantify the human performance element of finals week, which will be held in January. We can draw upon McLaren’s expertise to collect masses of data about how the gamers react and perform, using that to make informed and objective decisions.

Finalists will be put through a series of cognitive and performance tests to demonstrate key attributes, such as engineering know-how and the ability to work within a team. This is in addition to showing the mental and physical strength required to excel as a member of our 2019 esports team line-up, and as someone who will be able to compete against the best teams in the world.

Once we have found our champion, we will introduce them to our ecosystem and our human performance team. This will ensure they are equipped with the optimal fitness and preparation plan for racing in any number of different categories.

Read the full story on how McLaren is setting the benchmark in racing esports here. 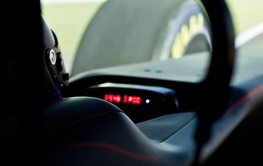