McLaren Applied has been at the heart of McLaren’s digital transformation, taking what has been learnt on track in Formula 1 and applying it in industries as diverse as health and transport. At the 2019 edition of Road to Reinvention in California, Engineering Director Andy Cheadle provided an insight into McLaren's digital transformation journey, the ecosystem of talented data scientists and engineers who have made it possible, and how their expertise holds the key to unlocking the opportunities presented by cutting-edge technology and innovation:

"50 years ago, on the race track, if an engineer wanted to understand how the car was performing they would lean over the wall and ask the driver how does the car feel, what's the setup, how hard is the suspension, where do you think we can get performance improvement?

"But if you wind forward to today, we have 300 sensors on a Formula 1 car which generates about 150 GB of data over a race weekend and we send all that data off the car in real time to the garage at the track where there are about 50 engineers looking at the data. They are looking at condition-based monitoring and performance optimisation. We also send the data back to the McLaren Technology Centre where there will about 70 engineers also looking at the data.

"All of this means we’ve really had to follow a digital transformation route of adopting sensor technology, cutting-edge electronics, and so on. And because racing is all about incrementally improving your performance, we're adopting state-of-the-art technology and trying to apply it within the regulations of the sport to gain competitive advantage. When you do that every two weeks for most of the year, you obviously end up trying out a lot of new technology and techniques.

"McLaren Applied was set up to transfer that technology and those techniques out of Formula 1 and into the market verticals of automotive, healthcare, public transport, and also a product development partnership with Deloitte where we're largely working on decision support systems. McLaren Applied has been doing this very successfully for the last few years.

"It's not just about the application of technology and its transfer though. Obviously, we've been very successful with edge computing, sensor deployment and processing, and then moving that into the analytics and simulation space to inform decision support solutions for our customers, but it's also about transfer of know-how.

"If you take my earlier example of analysing large amounts of data over the course of a race weekend. You've got the optimisation of performance, you've got the understanding of componentry and whether it will fail. It's that knowledge of how to accurately capture and analyse that data which we've transferred into industry, and that's very much about simulation and modelling.

"If you think of a Formula 1 car, you've got tyre models that build up to suspension strut models, to the chassis model, to the engine model, gearbox model, to the full car model and that is a simulation of a digital twin of a car. Transferring that means we take a fundamental physics-based approach to simulation and modelling into our other market sectors and we're differentiated from other companies who are doing machine learning, or focused on machine learning, because we're augmenting machine learning with simulation and modelling techniques. That's been very successful for us and we continue to exploit that at McLaren Applied. We understand that it's not just the transfer of technology, but it's also the know-how behind effectively using it.

"For other companies it's equally applicable. They can transfer their technologies into markets that haven't yet adopted their technology and where there's a clear need. Obviously, you’ve got to be careful that when you transfer it into a new domain, you understand the domain and the reality of deployment in that domain, and then of course there is the transfer of know-how which is a much-underutilised IP asset for an organisation. 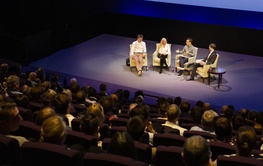 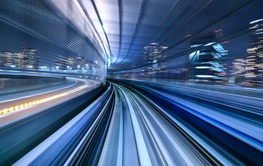