AVIATION IN THE UAE: A MICROCOSM OF THE CHALLENGES FACED BY THE INDUSTRY

How McLaren Deloitte is driving the solution

AVIATION IN THE UAE: A MICROCOSM OF THE CHALLENGES FACED BY THE INDUSTRY

How McLaren Deloitte is driving the solution

McLaren is set to enter the twilight zone at the breathtaking Yas Marina Circuit this weekend.

Since 2009, hundreds of thousands of people have flown to the jewel of the United Arab Emirates (UAE) to attend the Abu Dhabi Grand Prix. All of them clamouring for a taste of the action under the lights at one of Formula 1’s most glamourous races, and a sip of sparkling rose water in Yas Island’s spectacular marina.

Aviation is unquestionably a key economic driver and strategic priority for the region. The growth of the industry in the UAE has been exponential over the past three decades and shows no sign of relenting, with it currently accounting for 15% of its GDP.

The UAE boasts no less than four flagship carriers: Emirates, Etihad Airways, Air Arabia and flydubai. All of which are thriving against a backdrop of significant government investment in aviation and tourism in a bid to create “must-see” destinations. A fly-past from an Etihad Airways flagship A380 aircraft is now as synonymous with the Grand Prix as its exotic location.

In the next 20 years, it’s reasonable to expect the UAE’s aviation industry will rival that of any major aviation global player, and it will need to if it is to achieve the vision and aspiration of the country’s leadership.

However, there is only a finite amount of additional aviation capacity the UAE can create via infrastructure projects, such as building the state-of-the-art Midfield Terminal at Abu Dhabi International Airport to the tune of $2.94 billion. The colossal 742,000-square metre building is expected to increase the airport's capacity to 45 million passengers per annum.

Here’s where McLaren Deloitte comes in.

To keep up with such ferocious growth, we provide solutions which aid asset maximisation and optimal capacity utilisation. We leverage data-driven insight to reach higher levels of performance from existing infrastructure.

In many ways, the UAE is a microcosm of the challenges faced by the wider aviation industry.

Take Europe for example, and fast forward to 2040.

It’s estimated there could be up to 40 airports on the continent that display Heathrow-esque characteristics. That means they will be at 80% capacity for more than five hours a day, seven days a week.

With airports facing this kind of pressure, there has never been a greater need to use data-driven insight to improve performance across all areas of the industry, and McLaren Deloitte is uniquely positioned to make this happen.

McLaren Applied is at the forefront of engineering, design, sensor technology, simulation, data and analytics.

It’s a world leader in enabling a physical system with the capability to provide an insight into its performance, and has been mastering the internet of things (IoT) for over two decades. It’s way ahead of the game.

Deloitte prides itself on the deep level of domain expertise its people possess. That’s how it delivers value and differentiates itself.

When we engage with an organisation, it doesn’t have to educate us on the challenges it’s facing because we’ve have already encountered those challenges first-hand.

Within aviation we have been immersed in air traffic, airport and airline environments. It means we can hit the ground running from the outset.

When managing a capacity-constrained asset, such as an airport, doing everything possible to ensure it’s running as effectively and efficiently as it can do is paramount.

Historically in aviation, there has been a reliance on “gut feeling” and experience of individuals to achieve this, rather than an abundance of data-driven insight.

This is because there needs to be a significant transformation in the operating model and environment to capitalise upon opportunities presented by cutting-edge technology.

We’re changing the game by developing a suite of solutions that the industry can benefit from. It’s about surrounding people with the best data and giving them the ability to understand what that data means to drive better operational decision-making.

Based upon hundreds of thousands of simulations conducted during every second of the dynamic airfield environment, the tool is designed to sit at the very heart of an integrated airport operations hub.

It rapidly explores scenarios to improve predicted performance and provides a unified view of the remaining airport operations for the day to answer the most pertinent questions, such as:

What is the projected end of day OTP?

What are the forthcoming choke points in the operation and what are the best available options to avoid or mitigate those?

The software-enabled system navigates airport operators through better decision making and towards the best possible OTP.

It can determine which arrivals and departures are most likely to operate out of schedule, which flights should be focused on to recover OTP and how to decide the actions which best mitigate the impact of delay when there is disruption.

AOPP is now almost a year into its concept development, which has been done in coordination with Manchester Airport. Announcements regarding the next stage in deployment are imminent and we cannot wait to reveal the exciting developments we have on the horizon.

By accurately predicting the impact of a range of tactical decisions, this tool enables them to run ‘what-if’ scenarios to understand the impact of decisions, and how they could have been better.

It involves the creation of a digital twin of the airspace using historical flight radar data and marrying it with data regarding aircraft flight paths, airports and delays.

Equipped with this digital twin it’s possible to simulate decisions which could have driven a different performance outcome. Then it’s a case of taking this virtual, historical analysis and blending it with the predicted future outcomes to devise an optimal plan for any given day.

PO sees a rapid switch from post-operation analysis to pre-operation planning. It’s a closed loop system; learning from the past to improve the future. Exactly the same approach used in Formula 1.

These solutions are the start of a strategic commitment to the industry. McLaren Deloitte is building an end-to-end aviation portfolio that gives each component of the industry, such as airports, airlines and airspace, its own suite of solutions.

However, the true value of these solutions can only be realised once stakeholders work together more effectively to harness the power of the network to deliver the opportunities of tomorrow today.

Currently, the level of cooperation and collaboration across the industry is insufficient for the unprecedented level of growth it faces, and therefore the increasing burden on capacity.

We want to look back in 10 years’ time and see that McLaren Deloitte has been the catalyst for change – for organisations to come together and collaborate more than they are now. That would be an indicator of success.

The early signs are encouraging.

The reception we’ve had from the industry has been overwhelmingly positive, as it welcomes the fresh approach we’re taking to develop elegant solutions to its complex challenges.

Aviation is set to enter a period of remarkable change. It’s a hugely exciting time with so much scope for performance to be unlocked and McLaren Deloitte will be at the fore. 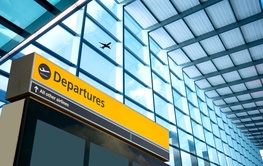 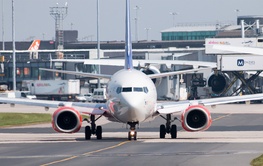 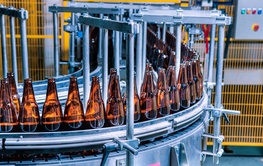